R.T.S., A.R.A.D – Examiner for the Royal Academy of Dance

Ms. Douglas has choreographed and performed in independent dance projects such as Vancouver’s 12 Minute Max and Dancing on the Edge, as well as the Sunshine Coast’s Annual Celebration of Dance. Ms. Douglas has been a guest teacher for many studios both internationally and locally.

Kelly auditioned for and was appointed to the board of the International Panel of Examiners for the Royal Academy of Dance in 2013 making her one of 21 Examiners in Canada.

She has trained numerous students to an international level and is dedicated to attention to detail and refining fundamental technique and artistry in her students.

Kelly is looking forward to working with the talented students and staff at Royal Principal Dance Academy. 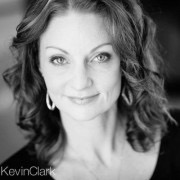